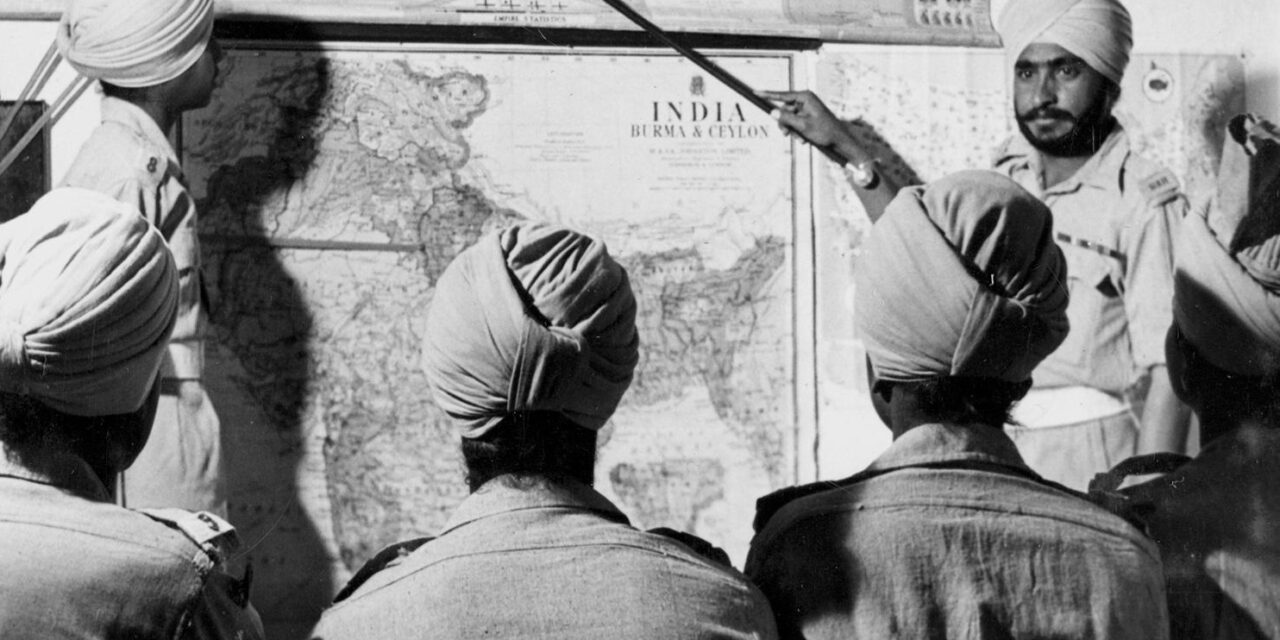 This August marks 75 years since the partition of the Indian subcontinent. British withdrawal from the region prompted the creation of two new states, India and Pakistan.

The process of transferring power grossly simplified diverse societies to make it seem like dividing social groups and drawing new borders was logical and even possible. This decision unleashed one of the biggest human migrations of the 20th century when more than ten million people fled across borders seeking safe refuge.

Anniversaries can be a critical moment to pause and reflect on the passage of time, and reexamine history. Partition is widely seen as the outcome of seemingly irreconcilable differences and inherent religious tension in south Asia. Three-quarters of a century later it’s time to reassess some of the established historical accounts.

Myths have been established around this history based on false assumptions. Here we examine five of them:

Myth 1: The main aim was to resolve religious differences

Popular accounts of partition reproduce the British colonial state’s simplistic view of south Asian society just in terms of religious categories – with Hindu and Muslim identities as the biggest groups. Over the decades scholarship has shown that religious difference doesn’t explain partition.

Simplistic religious categories in most analyses of partition fail to sufficiently understand complex social and political issues that shape south Asian societies. Partition pushed people to identify as a particular religion, and even to migrate, based on that identity.

Greater focus on oral histories and personal experiences of partition have highlighted how this action did less to provide a political solution than to impose new divides around national and religious lines.

It ignores huge variation of practices and identities within and across different groups in British India by assuming there was conflict based on religion. Shared cultures based on common language, literature, music and regional and local traditions challenge this.

The tendency to frame partition in binary Hindu vs Muslim terms has helped to shape the rise of religious majoritarianism in post-colonial south Asia, which is based on a constructed, even mythical idea of a majority which makes the rules for everyone, and which can most overtly be seen in the vision of a Hindu nation being advanced by the current government in India. Refugees fleeing after partition.

British officials and nationalist leaders saw the violence of this period as the response of an irrational, religious society to complex political negotiations. But there is substantial evidence to show that the violence of partition was not spontaneous. The violence of 1947 was deeply shaped by earlier colonial policies emphasising separate religious communities and cultivating some groups over others.

One example of this was the idea of “martial races” who were recruited for the police and army and given land allocations in return for their loyalty to the British Raj. The idea of the martial races was developed after the uprising of 1857 to identify certain certain communities who were considered ideal for military recruitment based on their ethnicity and hypermasculinity and, above all, loyalty to the British state. Sikhs, Jats, Punjabi Muslims and Gurkhas were all celebrated “martial races”.

The violence of 1947 saw men attack one another and also women. Women of other communities were raped and killed and some men killed their own female relatives  in the name of “purity” and “honour”, especially in Punjab which was home to many “martial races”. Described by scholars as “genocidal”, the violence in Punjab was shaped by similar notions of racial purity and aggressive masculinity that had underpinned imperial recruiting policies for years.

Myth 3: Partition was the outcome of long-term planning

Calls for the creation of separate states, which came to the fore in 1947, had mixed and uneven support, including within the Muslim political leadership. But these ideas did not set out how, or when, such states would be created or where their borders would be drawn. Up until late 1946 the British government was very reluctant to support division of the subcontinent.

The British had planned to transfer power in 1948 but in February 1947 it was announced that Louis Mountbatten would replace Lord Archibald Wavell as viceroy, the British government’s representative in India, and would transfer power by August 1947. On June 3 1947 Mountbatten, with Mohammad Ali Jinnah and Jawaharlal Nehru (the respective leaders of the two main pre-independence political parties, the Muslim League and Indian National Congress), announced that the subcontinent would be divided just nine weeks later.

Between June and August political leaders and their lawyers jockeyed to establish borders that ran through the provinces of Punjab and Bengal. These discussions were overseen by Cyril Radcliffe, a British lawyer who had never visited India. He was given only five weeks to decide the border. While calls for the creation of a new Muslim state had been framed around religious representation, the legal negotiations of the Boundary Commission focused heavily on securing natural resources and ensuring state security.

The final borders of the new states of India and Pakistan were announced on August 17 1947 – two days after independence. Much of the violence is attributed to the haphazard communication of the high politics of partition to wider society, and the unnecessary speed with which the process was carried out.

Myth 4: All of India was under British rule

One-third of India was never under formal British rule but comprised more than 550 princely states. The British government had different constitutional and diplomatic arrangements with these states, all of which required legal negotiation when the British ceded power.

Kashmir was one of these princely states. The maharaja, Sir Hari Singh, signed an Instrument of Accession to place the state under Indian government rule in October 1947 even though the UN Security Council called for a referendum in 1948. This has never been held – and Kashmir’s status and sovereignty in relation to India and Pakistan has been a source of conflict and unrest ever since.

The western coastal areas of Goa, Daman and Diu were under Portuguese control until 1961 and the south Indian region of Pondicherry/Puducherry was under French colonial rule until 1954.

Estimates of people who migrated across the borders created in 1947 range between 10 million and 17.5 million. Many people from areas directly affected by partition violence, and the insecurities that followed from it, have also migrated beyond south Asia to other parts of the world.

Communities from Punjab, Sindh, Kashmir, and Sylhet form sizeable and significant communities in the UK, Canada, the US, and beyond. This is another reminder of the ongoing repercussions and legacies of colonialism. In spite of the divisions of partition, diaspora communities can be found living alongside one another in different parts of the world.

Reading time: 9 minutes
On December 7, 2022, German federal police arrested 25 people who were allegedly plotting to violently overthrow the German government. This planned coup resurrected the spectre of a failed coup attempt 100 years before, when Adolf Hitler and his then still nascent Nazi party tried something similar. But is there a link between this modern coup and the one of 1923? Does the history of these events rhyme?

Reading time: 6 minutes
If you’ve been paying attention to how Russian President Vladimir Putin talks about the war in Ukraine, you may have noticed a pattern. Putin often uses words to mean exactly the opposite of what they normally do.
He labels acts of war “peacekeeping duties.”
He claims to be engaging in “denazification” of Ukraine while seeking to overthrow or even kill Ukraine’s Jewish president, who is the grandson of a Holocaust survivor.