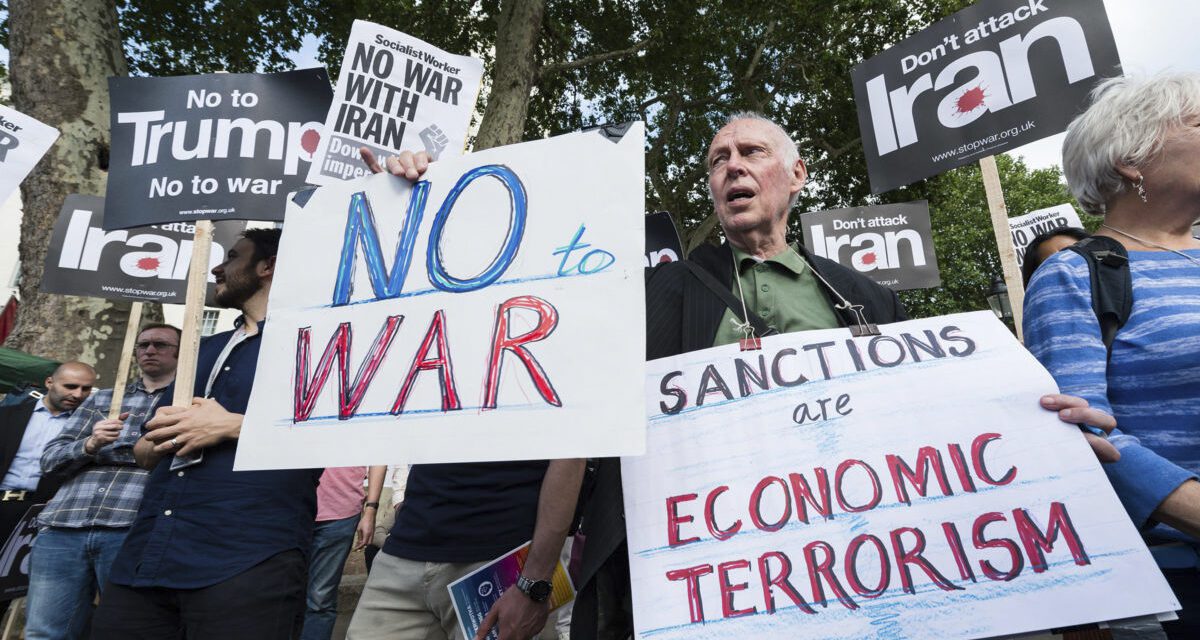 UNDER WHAT CONDITIONS ARE INTERNATIONAL SANCTIONS EFFECTIVE?

According to US government data, 32 sanctions regimes are currently in effect. Canada, for its part, currently imposes sanctions on 20 different states and on terrorist groups such as Al Qaeda. The EU is currently implementing sanctions against some 30 countries and international actors. As for the United Nations, since 1966, the Security Council has put in place 30 sanctions regimes, from apartheid South Africa to Gaddafi’s (and according to him) Libya, Saddam Hussein’s Iraq and the Islamic Republic of Iran.

The imposition of sanctions is a relatively inexpensive political instrument compared to armed conflict, and is more popular with the public. However, when a sanctions regime is promulgated, it is impossible to determine the exact level of measures that must be taken in order for sanctions to have an impact on the policy of the sanctioned state.

This factor is considered to be the most critical by the reference study by Gary Haufbauer and colleagues. The 70 cases that the authors judge as successes of sanctions had imposed considerable costs on the pariah state. The higher the cost imposed on a state, the more likely it is that the state will change its policy line.

2. The type of regime

Sanctions are far more effective when used against a democracy than against an autocracy. The leader of a democratic state will be much more inclined to seek a solution without using violence. For the sake of his citizens and his own position at the head of government, the leader will not allow his country’s economic situation to deteriorate for long.

On the other hand, an autocratic leader generally has no fears about his or her position within the state, and can thus pursue his or her own policies without worrying too much about the discontent that sanctions may generate in public opinion or civil society. His survival depends more on its ability to satisfy its entourage or its personal supporters. An autocrat will thus be much less likely to seek a political solution for the sake of peace. Following this logic, Haufbauer and his colleagues explain that it is difficult to bully a bully.

If a regime is rather weak, if the country is on the brink of civil war (Venezuela 2017) – or in civil war -, if the population is starving, or if the regime faces significant and growing opposition, sanctions are much more likely to be effective.

A state with economic problems will be more vulnerable to the application of a sanctions regime. Even an autocrat with little concern for the welfare of its people will have difficulty managing a state on the brink of chaos.

5. The type of objective

Sanctions are also much more likely to succeed when the objectives are modest. The political scientist and economist David Baldwin has shown that an approach that consists of imposing on the sanctioned state a set of annoyances, even minor ones (increase in its production or import costs, damage to its international reputation, etc.), can end up producing more results than, for example, a stated requirement for a regime change at the outset.

The involvement of one or more international organizations when imposing a sanctions regime helps to maintain this cohesion among the various allies and partners.

Otherwise, a sanctions regime remains vulnerable to “black knights”. These states, attracted by potential profits, undermine the overall cohesion effort. They may be stingy partners or states that place their personal profits above considerations such as international security or respect for international law. On several occasions during the Cold War, sanctions regimes were undermined by the USSR or by the United States supporting its allies against enemy sanctions. The USSR thus replaced American products embargoed in Cuba in the 1960s. The United States did the same when the USSR applied sanctions against Yugoslavia in 1948, limiting in both cases the initially desired effect. The sanctions imposed by the United States against the USSR during the invasion of Afghanistan in December 1979 suffered from this lack of cohesion: the effects were limited because the Soviets were able to find suppliers attracted by the substantial profits from these exchanges.

7. The phenomenon of the rally around the flag

Sanctions can also have an undesirable effect on civil society in the targeted state; this is the phenomenon of rallying around the flag. In some cases, if civil society feels that its country should not be placed under sanctions, this can lead to a strengthening of national cohesion around power.This is what happened with Russian civil society in 2014 after the annexation of the Crimea and the ensuing Western sanctions.

This phenomenon can also take place in a completely different context: if people are too dependent on their leaders for food and basic necessities, civil society can rally behind its leaders because, as Andrei Kolesnikov, professor of law at Moscow University explains, “They’d better vote for the hand that feeds them or there might be nothing to eat at all.”

8. The importance given to reputation

Time is also a significant variable. Haufbauer et al. conclude that, on average, sanctions remain in place for 16 years. Sometimes the sanctioned state eventually complies with the sanctioners’ requirements; but sometimes sanctions are eventually lifted for lack of convincing results.

Sanctions often force sanctioned states to turn inward and develop their own industries in order to become self-sufficient (Russia, for example, has been boasting about its “import substitution” policy since 2014). In the long run, this has the effect of making the sanctioned state more self-sufficient and less dependent on imports and goods from other states. If a state succeeds in becoming self-sufficient, the effects of sanctions become extremely limited, making it almost impossible for the measures to influence its behaviour or policies.

As Elizabeth S. Rogers points out, sanctions are often more effective in containing conflict than in preventing or stopping it. Some sanctions are also simply insufficient to bring major political change.

In summary, a sanctions regime has limited chances of success if the targeted state is strong, politically and economically stable, hostile and autocratic.

THE END OF APARTHEID Racial divisions emerged in South Africa as early as the 1600s, due to Dutch settlement. It began with the Europeans maintaining segregation and hierarchy between themselves, their slaves (many from Asia), and local African populations. Once the Cape of Good Hope was seized by the British during the Napoleonic period, race-based policies in […]

The word “pyramid” is synonymous with Egypt, but it is actually neighbouring Sudan that is home to the world’s largest collection of these spectacular ancient structures.