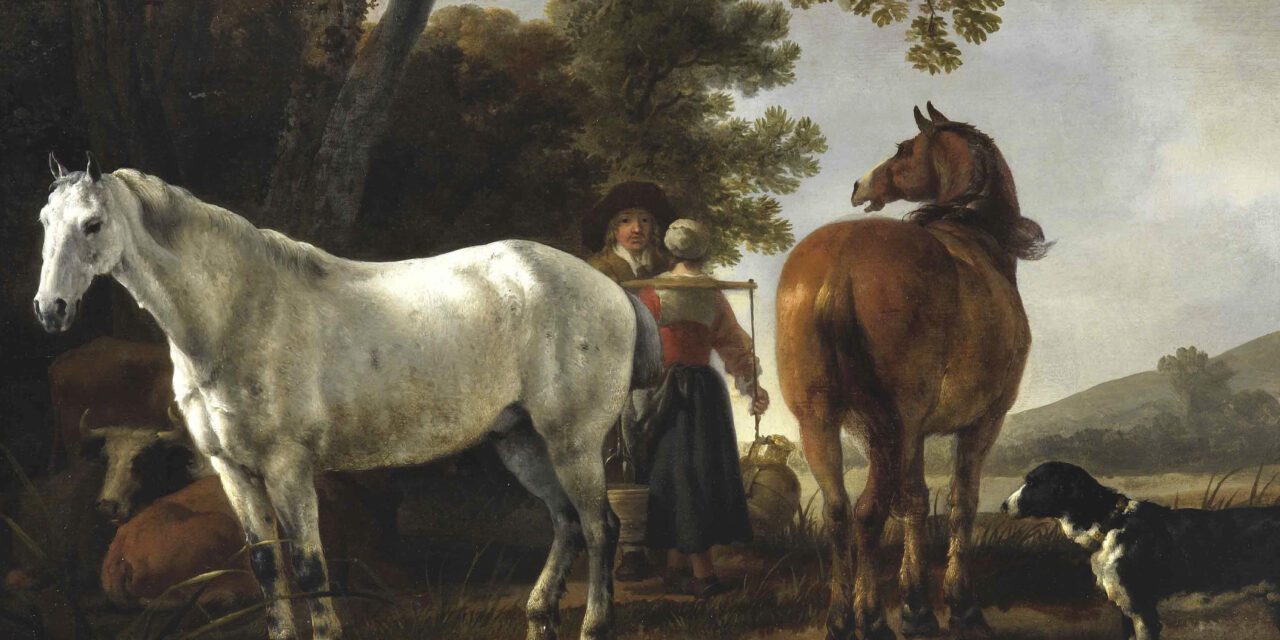 In the increasingly urbanized world, few people still ride horses for reasons beyond sport or leisure. However, on horseback, people, goods and ideas moved across vast distances, shaping the power structures and social systems of the premechanized era. From the trade routes of the Silk Road or the great Mongol Empire to the equestrian nations of the American Great Plains, horses were the engines of the ancient world.

Where, when and how did humans first domesticate horses?

Tracing the origins of horse domestication in the prehistoric era has proven to be an exceedingly difficult task. Horses – and the people who care for them – tend to live in remote, dry or cold grassland regions, moving often and leaving only ephemeral marks in the archaeological record. In the steppes, pampas and plains of the world, historic records are often ambiguous or absent, archaeological sites are poorly investigated and research is published in a variety languages.

At the heart of the issue is a more basic struggle: How can you distinguish a “domestic” animal from its wild cousin? What does it even mean to be “domesticated”? And can scientists trace this process in archaeological sites that are thousands of years old and often consist of nothing more than piles of discarded bones?

As an archaeozoologist, I work in a field that seeks to develop ways to do just this – and with the aid of new technologies, recent research is turning up some surprising answers.

By William Taylor,University of Colorado Boulder

Looking for traces of domestication

Analyzing horse bones from archaeological sites across Eurasia, 20th-century scholars argued over whether changes in the size and shape of horse bones might reflect the impacts of human control. They debated whether management of a domestic herd would leave recognizable patterns in the ages and sex of horses in the archaeological record.

Without agreed-upon criteria for how to recognize horse domestication in the archaeological record, a staggering range of different ideas emerged.

In nearly every corner of the world with grassland ecosystems and wild horses, various researchers hypothesized domestication began in Anatolia, Iberia, China and even North America. Some more outlandish models suggested an origin for horse domestication as far back as the last Ice Age, about 20,000 years ago.

Toward the end of the 20th century, a key breakthrough in the debate came when researchers recognized that the use of bridle mouthpieces, known as a “bit,” can cause unique damage to the teeth of a horse, known as “bit wear.”

Still the complicated nature of archaeological data has made the search for horse domestication a process of trial and error. For example, one famous horse with bit wear, from the site of Derievka in Ukraine, seemed to place horse domestication in Eastern Europe as early as around 4000 B.C. – until scientific dating showed that this animal lived around 600 B.C.

In the late 2000s, a proliferation of scientific research seemed to narrow the field to a single, compelling answer for the first domestication of the horse.

Researchers zeroed in on a site called Botai, in northern Kazakhstan, dating back to around 5,500 years ago. Nearly 100% of the animal bones they identified there were from horses. These animals were butchered and eaten, and their bones were used to make a variety of tools. Some were buried in ritual pits.

Initially, skeptics argued that the age and sex patterns of Botai horses were inconsistent with a domestic herd. Pastoral management involves culling young, mostly male animals, and far too many of these remains were from adults and females.

However, individual teeth found at Botai showed apparent bit wear. And, in a dramatic discovery made in 2009, a new technique that analyzes ancient fat residues suggested that the ceramic vessels recovered at Botai once contained horse milk products. If true, that finding would indicate humans had raised and cared for the horses that produced it.

This new biomolecular evidence appeared to place horse domestication deep into the past, around 3500 B.C. To some, if people were eating and milking horses, logic dictated that they must have also ridden them.

Many researchers took this thinking a step further, using this early timeline to argue that horse domestication kicked off the continent-wide dispersal of Indo-European peoples and language groups around five or six thousand years ago.

As the 2020s begin, the pace of technological innovation in archaeology continues to accelerate. And new archaeological data have begun to trickle in from understudied areas.

With improving methods, new information has triggered serious doubts about the Botai/Indo-European model about domestication.

In a shocking 2018 study, a French research team revealed that the horses of Botai were in fact not the domestic horse (Equus caballus) at all, but instead Equus przewalskii – the Przewalski’s horse, a wild animal with no documented evidence of management by human societies.

Another project using ancient DNA analysis of human remains from Botai showed no genetic links between the area’s ancient residents and Indo-European groups, undermining the idea that horse domestication at Botai stimulated a continental dispersal on horseback.

In the ensuing chaos, researchers must now find a way to piece together the horse’s story, and find an explanation that fits these new facts.

Some, including the equine DNA researchers who published the new discoveries, now suggest that Botai represents a separate, failed domestication event of Przewalski’s horse.

Other scholars now seek to reevaluate the archaeological and historical records around the horse’s initial domestication with a more skeptical eye.

As of the writing of this story, the oldest clearly identified remains of the modern domestic horse, Equus caballus, date back only as far as about 2000 B.C. – to the chariot burials of Russia and Central Asia. From here, researchers are scrambling backwards in time, seeking to find the “big bang” of the human-horse relationship.

No clear answers, but a path forward

New data from places typically left out of the conversation, such as Mongolia, may help fill the holes in the story of horse domestication.

My colleagues and I, led by Shevan Wilkin, recently recovered ancient proteins from the teeth of Mongolia’s ancient herders that suggest these pastoralists who lived around 3000 B.C. drank the milk of cattle or sheep or goats – with no evidence they drank milk from horses.

In fact, much of Central Asia may not have had domestic horses at all until well after 2000 B.C. Another recent study suggests the late second millennium B.C. saw a spike in the frequency of domestic horses across the continent – perhaps because the innovation of horseback riding occurred much later than researchers had commonly assumed.

The urgent question now becomes: Where did the first ancestors of the modern domestic horse first find themselves under human care? And what does this tell researchers about the rest of human history that followed?

In the decades to come, the story of humans and horses is likely to be dramatically rewritten – maybe more than once.

Archaeologists must continue to use cutting-edge technology, constantly reevaluating old conclusions developed with earlier techniques. DNA and biomolecular data must be paired with other kinds of information, such as skeletal clues, that can tell us how horses were bridled, exerted or cared for. That can help to distinguish wild horses from early domestic horses managed by humans.

Species identifications from archaeological sites must be made using DNA rather than assumed (as at Botai) – and each specimen must be directly radiocarbon dated to determine its age, rather than lumped in with other similar objects and dated through guesswork (as at Derievka).

Most importantly, archaeologists must continue to dive deeper into the archaeological record of the desert and grassland regions of the Old World – Eastern Europe, Russia, Central Asia, Mongolia and elsewhere – where the secrets of the past have not yet all been brought to light. 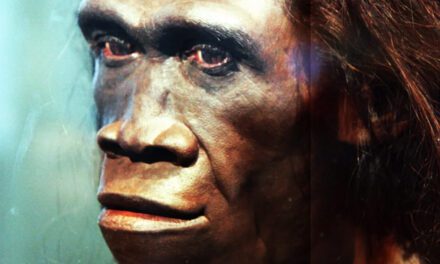 A snapshot of our mysterious ancestor Homo erectus