Fake news has become a popular buzzword. However, the phenomenon is not new. Before the invention of the printing press, and even before the popularisation of ‘objective’ news, fake news or propaganda was used to manipulate audiences across the globe. Most stories are relatively harmless, like the ‘Great Moon Hoax’ that convinced thousands that aliens lived on the moon. However, some instances of fake news are more egregious or sinister with dramatic impacts that still influence our world today.

32 BCE: Antony, Octavian, and the last war of the Roman Republic

Over 2,000 years ago, one of the first recognized examples of propaganda occurred in Ancient Rome. Following the death of Julius Caesar, a rivalry spurred between the heir to the throne Octavian and his right-hand man Mark Antony. In their campaigns to garner public support and power, a propaganda war was unleashed between the two men. While Antony was in Egypt, Octavian spread disparaging statements that he was not fit to lead, a drunkard, and obsessed with Cleopatra (playing on the anti-Eastern prejudices of the time).

The final straw surrounded Antony’s will (although historians still debate the existence of the document today). Octavian presented the will to the Senate, which declared Caesarion – son of Cleopatra and Caesar – the rightful heir to the throne, and requested Antony be buried in Egypt with Cleopatra. The public was furious. With their support, Octavian declared war on Cleopatra knowing Antony would come to her aid. This propaganda campaign sparked the last war of the Roman Republic and ushered in the golden age of the Roman Empire.

One of the most sinister fake news examples stems from 12th century England. The shocking murder of a young boy in 1144 – William of Norwich – provided the perfect environment for misinformation to spread. Hagiographer Thomas of Monmouth falsely claimed William was murdered in a Jewish Easter ritual (blood libel) where the blood of a Christian child was drained and consumed. The story spread rapidly. Similar claims appeared across England in the following years, and later in Continental Europe.

In 1475, anti-Semitic claims reached a damaging climax and bore the most famous blood libel story in history. On an Easter Sunday in Italy, a young child named Simonino went missing. Preacher Bernardino da Feltre accused the Jewish community of murdering the child and drinking his blood. Fifteen people were found guilty and burned at the stake as a result of the false accusation. Many similar events emerged across Europe and continued for centuries. Historians believe these stories greatly influenced modern anti-Semitism and still negatively impact the Jewish community today.

1782: The American War of Independence

Many famous leaders in history have contributed to the propaganda machine in their bids to win support for their cause. American founding father Benjamin Franklin is no exception. While American ambassador to France, Franklin produced a fake issue of a real Boston newspaper of the time – the Independent Chronicle – in Paris. His goal was to drum up support for the Americans in their War of Independence, publishing a completely fabricated story about the front lines in New York. In the graphic story, American forces discover bags of over 700 scalps of Americans taken by the Indians as a gift to British King George. In the same paper, he published a fabricated letter from a real soldier calling for colonies to declare independence from the King who encouraged ‘savages’ to ‘murder’ innocent people.

The story appeared in newspapers across the country. It produced an image of ‘savage’ Native Americans that would last for hundreds of years. Although the story did not influence the war (as it was nearly won by this time) it did create an impression that all Native Americans, even those who were allies in the war, were barbarians and enemies of the republic. Despite its complete fabrication, the story was resurrected years later in the War of 1812. Many still believe it to this day. It contributed to a tension between the two groups that remains unresolved in modern American politics.

During wartime, misinformation can be deployed as a strategy. The polarization of the parties involved serves to spread that misinformation like wildfire. Someone (allegedly British Conservative MP John Charteris, but historians disagree) took advantage of this during WWI by creating a fake news story that shocked the world. In April, the Times and Daily Mail published a story alleging the existence of a German corpse factory that processed human bodies to make household items like soap and margarine. Although rumours had circulated since 1915, this was the first instance of widely reported ‘evidence’.

The German government denounced the claims, but the public remained shocked and absorbed every word. By 1925, it was revealed that the story was false, but the damage had already been done. Hitler used this as an example of British deceit to discredit any negative publicity about the government, including denial of the existence of concentration camps.

Hitler and the Nazis may not have invented propaganda, but they certainly perfected it. In his early speeches and his book Mein Kampf, Hitler combined persuasion with fabrication, creating false disparaging stories about Jewish people and reinforcing those ideas through repetition and the use of sharp slogans like ‘enemy of the people’. Later, the responsibility of disseminating propaganda was handed to Joseph Goebbels – the Reich’s Minister of Propaganda. Taking a page from Ben Franklin’s book, Goebbels created a propaganda newspaper – Der Angriff (The Attack) – to garner support for Nazi ideas.

The paper was first published in 1927 with the slogan “For the oppressed against the exploiters”. It published misinformation opposing the Weimar republic and prominently featured anti-parliamentarian ideas. Anti-Semitism was a central theme and the paper frequently published false stories attacking Jewish people in power. Between the elections of 1930 and 1932, the paper exploded in popularity and increased the following of the Nazi party to hand them their best election win yet. Der Angriff was an important part of the infamous and varied propaganda machine of the Nazi party.

The History Guild Weekly History Quiz.See how your history knowledge stacks up. Have an idea for a question? Submit it here and we’ll include it in a future quiz! If you would like an invite to future history quizzes please enter your details below. Subscribe * indicates required Email Address * First Name Last Name […] 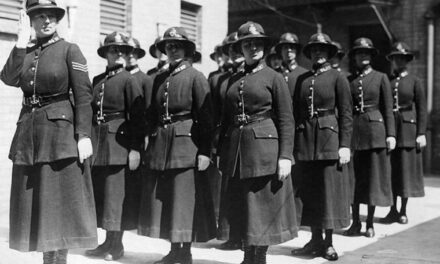 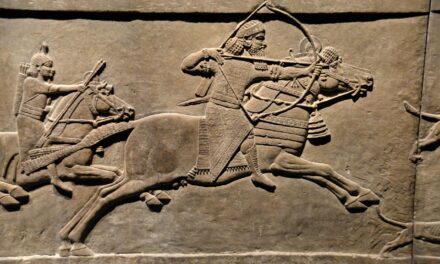