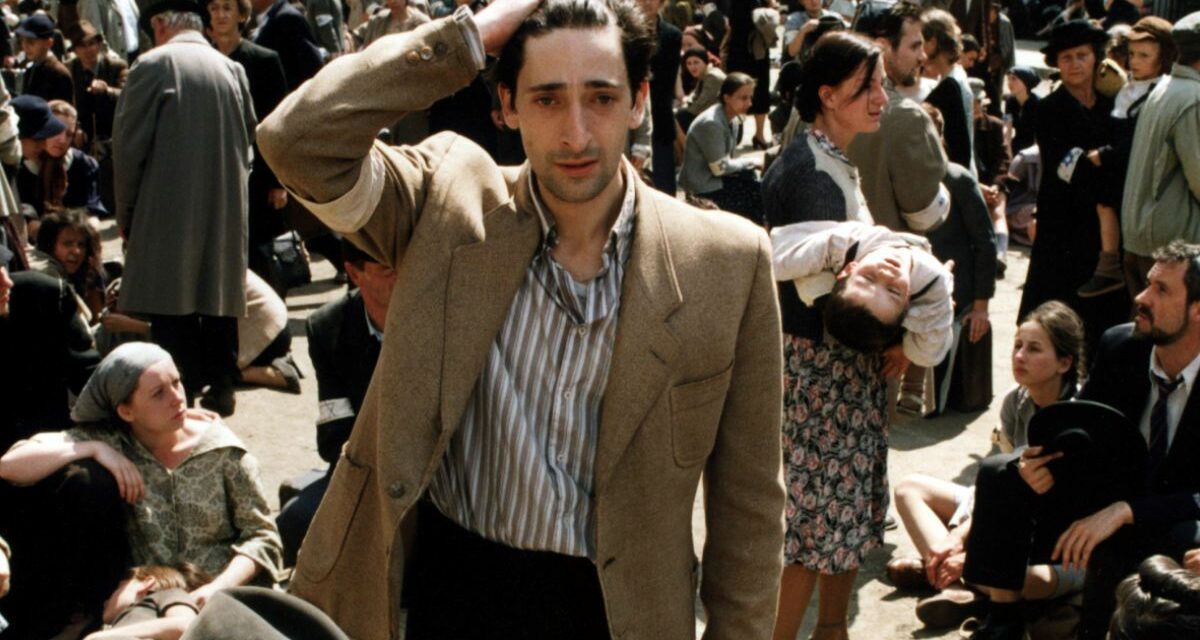 World War II (1939-1945) was and remains the greatest conflict that humanity has ever seen both in scale and loss of life; perhaps no other singular event of world history has shaped us as much, continuing to have long-lasting and deep resonance in our modern times.

​In the realm of cinema, the Second World War has provided for many decades (and counting) an endless catalogue of films, which examine the many facets of the War, from military perspectives to civilian viewpoints.

The number of WW2 films is countless, consider this list but a small sample of the great movies made on the subject.

​Stories of American bravura during the War have never been in short supply, but although Hacksaw Ridge is certainly about the heroics of one exceptional American soldier, it never thumps its chest in an obnoxiously patriotic way; rather its message of the endurance of the human spirit and the ultimate triumph of goodness makes it an honourable and uplifting film.

​Desmond Doss (Andrew Garfield) knew he wanted to serve his country in the war effort, but his religious beliefs also forbade him from holding a weapon; as a medic he distinguished himself in the Pacific Theatre against Japan, particularly during the Battle of Okinawa, where he single-handedly saved 75 men, a feat that would earn him the Medal of Honor.

READ MORE: WHO WAS DESMOND DOSS?

​Mel Gibson’s retelling of Doss’ story functions both as a tribute to the man himself and to the gruelling horrors soldiers faced in the front lines of battle; with graphic depictions of fighting and the ensuing casualties, Hacksaw Ridge deftly juggles images of absolute dread with reminders of the power of hope and love, and the difference just one man can make.

​The Allied invasion of Normandy would prove to be the “beginning of the end” for Nazi Germany, and the decisive events of D-Day (June 6th, 1944) have gone down in history as one of the most significant chapters of the War.

​The epic The Longest Day, was among the very first films ever made on D-Day and continues to be unarguably the finest and most intense depiction of the Operation; while films like Saving Private Ryan also brilliantly captured the sights, sounds, and carnage on those French beaches, it remains The Longest Day that so totally captures the many vantage points of this seminal turning point in the War.

​Shot in black and white, the movie is constructed around a series of episodes that depict British, French, Canadian, American and German soldiers, generals and others in high command, giving us a rounded view of the many different combatants.

​Rather than a clear “good vs evil” storyline, The Longest Day is an examination of the toll of war on all sides; death and destruction show no discrimination, despite uniforms or allegiances.

​Featuring an all-star cast of international names including John Wayne, Richard Burton, Henry Fonda, Robert Mitchum, and Sean Connery, the film is a must-see whose grand scope and affecting humanity continue to shine.

​One of the best examples of Italian neorealist cinema, Roma, Citta’ Aperta, painfully brings to the screen the hardships and injustices faced by the civilian population during the foreign invasion; Italy’s role in the War went from antagonist to unlikely protagonist after the deposition of Mussolini and the switch to the Allied side. But despite an initial alliance with Nazi Germany, Fascist Italy still found itself under occupation and would be the site of many notably bloody campaigns to liberate the country.

​In Roma, Citta’ Aperta, Nazi-occupied Rome serves as the backdrop for the tale of the everyday struggles the average Italian citizen faced in war-ravaged times. Though bleak and downright saddening, it is through the glimpses of hope (the pregnant Pina or the tireless optimism of Don Pietro, for instance), that we are reminded of how life has a way of healing, even after such atrocities.

​Director Roberto Rossellini had previously helmed several propaganda films for the Fascist regime, but this marked his first truly honest film on the realities that had befallen Italy during this dark period; what is even more impressive about the film is that it was produced in 1945, with the War still going on!

​Rather than producing a historical film, Rossellini essentially crafted a movie (or docudrama) about current events. The difficulties of producing a movie in an occupied country with little money or resources don’t need to be explained, and it is indeed a miracle that the film was able to be completed at all.

By the time of its release in September 1945, the War had only been over for three months. Not exactly an escapist good time at the movies… Nonetheless, Roma, Citta’ Aperta served as a vigilant reminder to never again repeat the horrors of war, and it continues to be a raw and richly affecting viewing experience.

​For director Roman Polanski, who escaped the Krakow Ghetto as a boy and lost his mother at Auschwitz, making a movie about the Holocaust was more then just a deeply personal experience, but a cathartic one.

​The Pianist, based on the memoir of the same name, tells the story of Polish Jewish pianist Wladyslaw Szpilman and his harrowing survival in Warsaw at the outset of the Final Solution. A celebrated concert performer, Szpilman is torn away from his family and way of life, sentenced to years of hiding as his fellow Poles are massacred.

​With a masterful Oscar-winning performance from Adrien Brody (the youngest to ever win Best Actor), The Pianist is at once both a haunting re-telling of humanity’s lowest point as well as a tenacious tale of one man’s desire to live again. In an unforgettable and beautiful scene an emaciated, gaunt, and disheveled Szpilman plays a Chopin Ballade in an abandoned building, after years on the run.

READ MORE: Wladyslaw Szpilman And The Incredible True Story Of “The Pianist”

​Through sublime shots of his anguished face and battered hands, Polanski delivers a message of hope. In spite of how broken the whole experience has made Szpilman, it is the music (a metaphor perhaps for the goodness of man) that continues to reside deep within.

​Boastful, domineering, and unabashedly patriotic, American General George S. Patton, was truly amongst the most colourful and memorable figures of the US war effort in Europe; a key leader in many Allied missions including the Battle of the Bulge and D-Day preparations, Patton’s aggressive tactics and vulgarity drew both praise and scorn, but ultimately left a legacy as an inspiring war hero.

On the surface the film Patton is unquestionably an American propaganda piece, and yet despite the chauvinism on display it would be difficult to deny the film’s ability to rouse emotions. Even for non-American audiences, the call to action to fight for justice and defeat enemy extremists may certainly be an enticing one.

Just as how one man (Hitler) can inspire evil, so can another inspire feats of heroism. In the role that won him Best Actor (although he would refuse to accept it), George C. Scott is a bombastic delight, showcasing the very complex personality of the General in greatly entertaining fashion.

​But beyond the American lens, the lasting importance of Patton is not about American victories, but of the power of ‘never say die’ and the ability to confront evil unashamedly.

​The plight of Allied POW’s in Burma, detained by the Imperial Japanese Army, serves as a compelling narrative of survival and perseverance, in David Lean’s remarkable epic The Bridge on the River Kwai. Based on the novel by Pierre Boulle (who would later find increased fame as the author of The Planet of the Apes), this semi-fictionalized tale once more sheds light on the Pacific Theatre and the menacing barbarity that was Imperial Japan.

​Forced to complete construction of a railway bridge, the POWs are subjected to abuse, torture, and humiliation. While the Japanese thought they had successfully broken their prisoners, the ever-indomitable spirit of British defiance remains.

​Under the guidance of Lieutenant Colonel Nicholson (Alec Guinness in his Oscar-winning role), the construction moves along, as he becomes increasingly fixated on leaving a lasting British legacy in the region.

​Meanwhile, plans have already been made to deny the vicious Colonel Saito the satisfaction of having the bridge built on time.

With tremendous performances and beautiful vistas of Southeast Asia, it is a commendable work of cinema. Including the famous military tune “The Colonel Bogey March” as whistled by the POWs, there is plenty to enjoy in this film.

​And like any good war movie, it ultimately reminds us again of what can be achieved when we work together, and what can be destroyed when we turn on each other.

Podcasts that discuss these great films

When crisis strikes, one imagines members of government or heads of state stoically dealing with the issue at hand. A picture that doesn’t come to mind is a head of […]

READ PART ONE AND PART TWO By Michael Vecchio Saving Private Ryan (1998) Dir. Steven Spielberg Surely amongst the first titles to come to mind if asked to name a […] 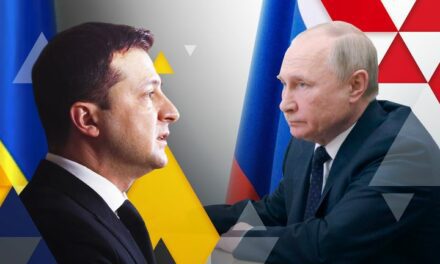