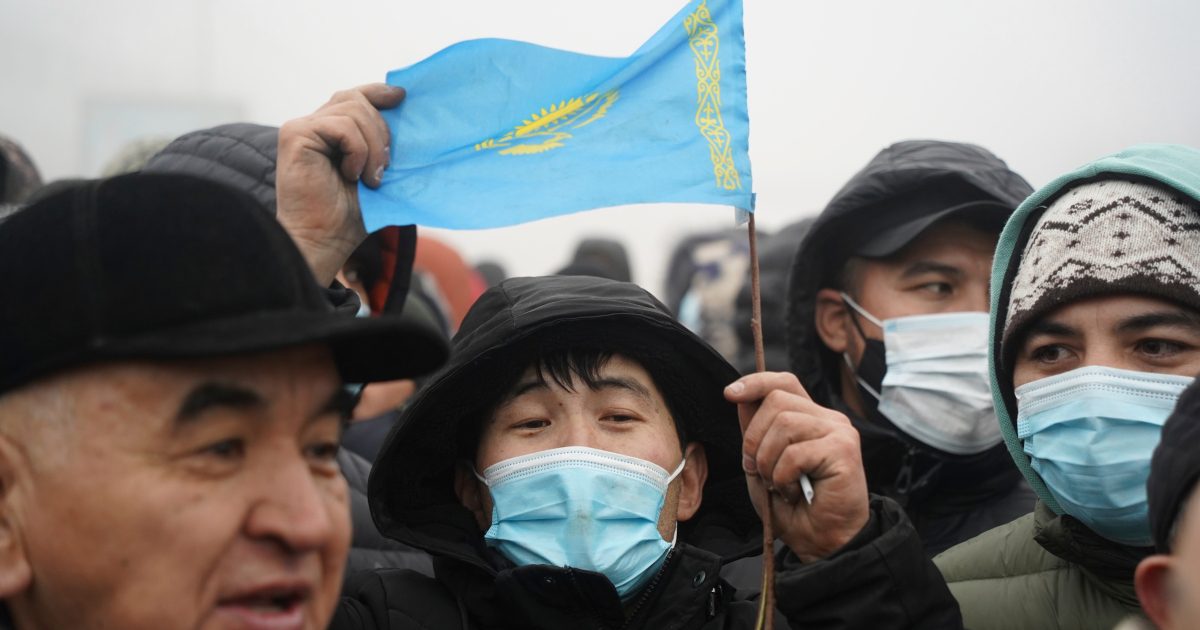 KAZAKHSTAN: A STORY OF ENDURANCE

As protests erupt across the former Soviet republic, the world watches transfixed. How did Kazakhstan come to be the country it is today?

When a new year begins, it typically brings with it a sense of optimism and hope. As 2022 began, early in the hours of January 2, the citizens of the city of Zhanaozen, Kazakhstan, took to the streets to protest. Dissatisfied with widespread economic inequality, fuel and food shortages, and a political system fraught with corruption and patronage, these crowds soon appeared across the country, including the largest city of Almaty. This new year was to be the start of something new in Kazakhstan, the largest of the former Soviet republics.

Yet as of January 10, 2022, these demonstrations have only turned into violent episodes that pitted citizens against the police in forceful displays of a government crackdown. As the world’s attention shifts to Kazakhstan many will think, where is Kazakhstan? How was it formed?

Indeed unlike some of the more well known former Soviet republics like Ukraine, Georgia, and of course Russia, Kazakhstan has existed almost hidden from global recognition; but like Russia, it occupies a unique geographic spot in Eurasia. Thus although its history is underappreciated, a look back through it’s past reveals a fascinating story of conquest, invasion, and foreign dominance.

To understand why protests have erupted in this little known country in 2022, it is worth examining Kazakhstan and its place in the history of the world.

The world’s largest landlocked country and the 9th largest overall, Kazakhstan has an area of around 2,724,900 square kilometers, bordering Russia, China, Uzbekistan, and Turkmenistan. With a population of 19 million, it is a dominant player in Central Asia, with vast mineral resources (particularly oil and gas) that accounts for 60% of the region’s GDP. A coupling of its geographic positioning as a gateway to Eastern Europe and its mineral wealth, made the land of Kazakhstan a particularly appealing place for foreign conquest.

Traditionally inhabited by various nomadic groups (including those of Persian and Turkish ancestry), especially those looking for the famed Silk Road, the territory of Kazakhstan became a gathering area for a diverse demographic. Indeed the word “Kazakh” derives from the Turkish meaning “to wander”.  But without any official political statehood, this “open land” was ideal for the expansion of the Mongol Empire, who under Genghis Khan occupied much of it beginning in the early 13th century.

Over time the Mongol Empire would fracture into separate entities, including one named the Golden Horde which ruled over the territory of Kazakhstan until 1465; as ethnic and cultural identities continued to grow, so too did nationalistic movements. By now the Kazakh people had emerged as a distinctive linguistic and ethnoreligious group, and when the last remnants of the Golden Horde too collapsed, a new governate arose now known as the Kazakh Khanate.

Considered the first modern Kazakh state, the Khanate developed into a considerable regional power, but its existence was marked with numerous battles and military confrontations with other emerging polities. The result was a state weakened by invasions, constant warfare, and debt; in an attempt to revive their fortunes, the Kazakhs engaged in slave trading, particularly of those from European settlements. This state of perennial instability and an expansive local slave industry defined the Kazakh Khanate well into the 19th century.

But by 1847 another larger and more powerful Empire crowded the scene and its ambitions soon eclipsed all others, especially in Central Asia. The Russian Empire’s eventual conquest of these lands was an almost inevitable outcome, and the Kazakh Khanate could not provide any sort of serious defence for itself. Although the Kazakhs had raided some Russian territory in search of more slaves, Russia’s annexation would have happened regardless, as part of a continued expansionist program by Tsar Nicholas I.

Thus the area now known as Kazakhstan once more fell under outsiders’ control, as the Russian language and culture were widely imposed; in short Russian dominance kept the ethnic Kazakhs in line, and a truly independent state would not be a reality for well over a century.

With the outbreak of the Russian Revolution in 1917, there were some in the Kazakh intelligentsia who thought autonomy would be imminent, however, as the Russian Empire collapsed and transformed itself into the Union of Soviet Socialist Republics, Kazakhstan would continue to find itself under the usual external domination, albeit this time with a socialist name.

As Vladimir Lenin and the Bolsheviks consolidated their rule in Moscow, much of the land under control of the Russian Empire became part of the new USSR; the Kazakh Autonomous Soviet Socialist Republic was created in 1925, and like many of its fellow Soviet Republics had a faux appearance of decentralized power. The ensuing years brought with it repression and tragedy as labour camps were established across Kazakhstan and mass deportations became the norm. Between 1932 and 1933, similarly to well known events in Ukraine, a famine struck the Kazakhs as a direct result of forced collectivization. Some 1.3 million ethnic Kazakhs perished.

Similar to the other Soviet republics, Kazakhstan and its people in the 20th century endured daily hardship and authoritarianism. It was not until the Soviet Union’s dissolution in 1991, that the country was able to declare sovereignty. Unlike other republics and satellite states however, (particularly the Baltic nations) who had begun to declare their secession unilaterally, Kazakhstan remained a part of the USSR until the very end. Only once Mikhail Gorbachev had officially resigned and the Union ceased to be on December 25, 1991, did Kazakhstan achieve full sovereignty.

The widespread diffusion of corruption and economic inequality that sparked the protests of 2022, were sown during the Soviet era, however. Even with its independence Kazakh civil society failed to achieve a true democracy. Former Communist secretary Nursultan Nazarbayev assumed the presidency in 1991 and remained in office until 2019, effectively developing an ongoing autocratic state and a cult of personality; the country’s capital was even renamed Nur-Sultan!

Nazarbayev reluctantly resigned after similar protests erupted in 2019, but his successor Kassym-Jomart Tokayev has largely continued this authoritarian streak. And so we arrive once more to 2022. With nearly 12,000 people detained since the start of the protests, and 164 lives lost, Kazakhstan was unexpectedly put into the spotlight. Clashes with police and the presence of Russian backed military reinforcements created an unsettling image for many potentially unaware of Kazakhstan’s presence in the world.

This time however Kazakhstan trended worldwide, not due to comedian Sacha Baron Cohen and his alter ego Borat, but because of the will of a people who have long been repressed.  Though it remains to be seen if the Kazakh protests will result in any meaningful systemic and societal change, it is certain that Kazakhstan has endured it’s share of struggle. But how much longer can even it endure corruption, autocracy, and global indifference?

Reading time: 5 minutes
Cultures, customs and traditions change as time passes on, but sometimes this change is brought about with force from outside rather than evolution from within. One such example is how Gaelic culture was forced out of much of the Scottish Highlands during a process known as the Clearances. In this article, we’ll give an overview of what the Clearances were and how they changed Scotland, and even the world, forever.