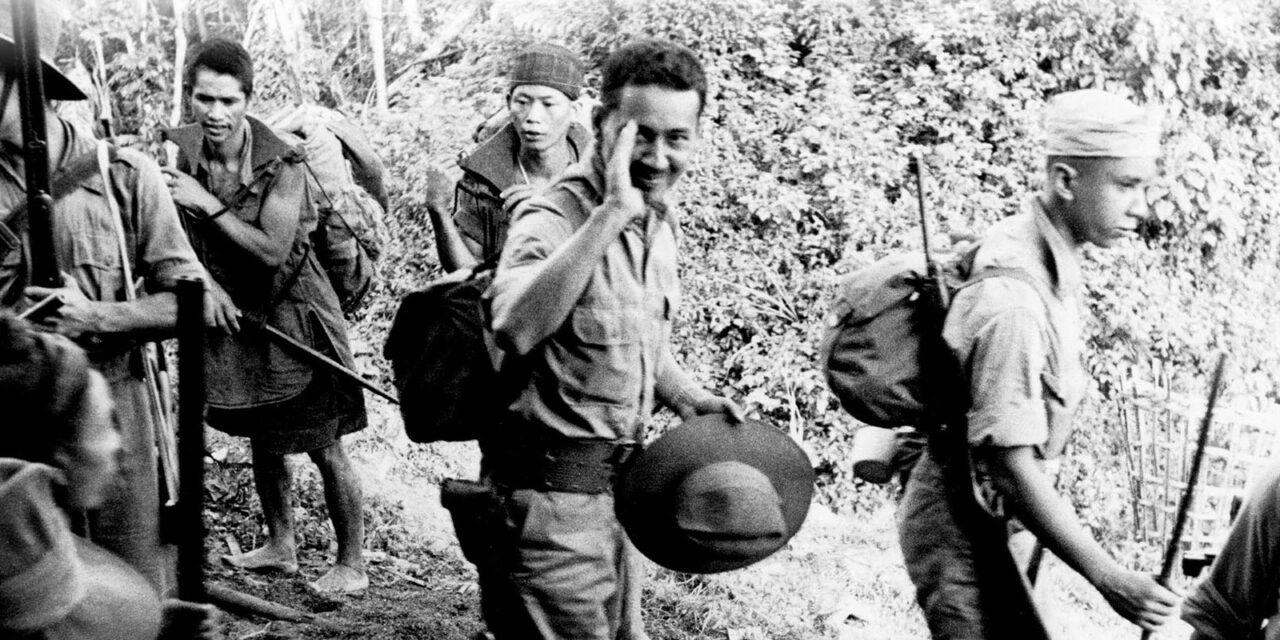 It was estimated by Force 136 that they recruited around 20,000 indigenous personnel for operations in Burma. A few hundred of them are on my Men of SOE Burma page, compiled by going through several files of training cards. While the research for that page has provided excellent insight into a cross section of the many Burmese peoples who served with SOE, most of the 20,000 will remain unaccounted for because there is no record of them. Sadly, this means that their service will never be recognised outside of their own families.

That said, there is some hope for adding more Burmese men to the Roll. Compared to the PREM series of files (which have some SOE material), the main SOE ‘HS’ files are a disorganised mess. This can be frustrating, but it can also be rather exciting. To take a well known second line from a well known quote from a well known movie “Ya neva know whatcha gonna git”. We’ll leave Forrest Gump there though, sitting on his bench, talking about his box of chocolates…

There are a few of what was used to compile this post scattered around in a file or two. Pausing now to read them more carefully with a different agenda to writing a PhD, they not only mean more personnel can be accounted for, they are actually quite insightful and instructive. It really is very useful to re-read archival material that you might have considered yourself finished with…

Between 26 December 1944 and 15 January 1945, six men attended training at Tagore, twelve miles from Calcutta. The men were attending the ‘School of Eastern Interpreters’ (SEI), which had been established in May 1943 for the training of agents for operations across the Far East. Training at the school was based on the SOE syllabus taught at Beaulieu in southern England. These men were the first course known as ‘Highgrades’. While this first intake received a bespoke course of instruction, another three recruits trained 9-20 February 1945, known as ‘Highgrades II’, were taught the following subjects with time allocation:

A total of 54 hours of training over a number of subjects, this provides a good idea of how well prepared agents were for their operations behind the lines in Burma.

The initial ‘Highgrades’ party consisted of five Burmans and one Karen. They are described as ‘an independent party, who were visiting us in order to find out what we could give them, rather than go through a definite course with a view to a definite operation.’ This is intriguing because throughout the war, SOE in India was preoccupied with security. What does an ‘independent party’ mean? Why was this party of six in a position to discuss ‘which subjects were best for their needs’, rather than being put through their paces for a specific operation? I don’t have an answer, but it appears that at least one did go on active service – unless he shares a name with someone else!

It is clear that the six men were fresh out of Burma, for the report on their training contains a statement of gratitude for the ‘much valuable information given us by this party on present conditions in Burma.’ There is then a page for each man detailing their performance and character. Here are the first two:

His chief interest is essentially Political. During conversations he stressed the fact that most of the troubles in Burma in the past were due to lack of understanding between the People and Government. He was determined to do all he could to ensure a better understanding and confidence between the Government and the people. He feels that if this confidence is achieved – Burma would be a happy member of the British Commonwealth. Very enthusiastic about Burma and its future.

Suitability: Leader and organiser of propaganda in the field.

General Remarks: He should be sent back to S.E.I to complete his Propaganda Training before going into the field. He has asked our help to draw up a Propaganda Plan. A week would be required to do this.

Industry & Keenness: Was very “Browned Off” when he arrived. He felt he had been slighted on his arrival in India after the fuss the Americans in Myitkyina had made of him. Once he had settled down, he worked very well.

Character: Obstinate, vain, inclined to boast. Very pro-Karen. Prides himself on being anti-British, Anti-Burmese and anti-Indian! Very anti-Japanese and anti-Chinese. Pro-American. This may be due to the fact that he belonged to the Army and was discharged in Myitkyina where he was left more or less stranded.

He was ill-treated by the Chinese on his way out of Burma recently and well treated by the Americans. His American Baptist education may also influence him.

He has stated that he has joined the Burmese to form a united front against the Japanese. All Delta Karens are apparently very anti-Japanese after the incident in which the Japanese executed 2000 Karens in Kyonpyaw, after a Karen “rising” against Burmese in 1943.

Personality: Forceful. Can be extremely jovial. Can be bad tempered.

Leadership: Leader of a small group.

What makes these reports interesting is that they turn some historical assumptions on their head, undermining the usual accepted narratives. It is a pertinent reminder that our broad brush approach to history should always be challenged, and the use of the words ‘this proves’ is something to be very wary of. People are complicated. This makes history complicated.

Maung Pyu was a Burman who, it seems, believed in a bright future for Burma, possibly as part of the British Commonwealth. Burma did not join the Commonwealth on independence, and the usual line is that Burman nationalists – as opposed to the so-called Frontier or Hill Peoples – wanted nothing to do with Britain once independence had been achieved. That past problems in Burma were all based on misunderstandings between the British colonial administration and the people is also an interesting perspective. Perhaps he was playing a role and there is some deception at work here?

Maung Tin was a Karen who hated the British. The usual story is that the Karen were all loyal and wanted to remain part of the British Empire. While this has been challenged here, this perception persists. The point about wanting to join with the Burmans in order to fight the Japanese is also noteworthy, as it is commonly believed that the animosity between Karen and Burman was such that cooperation was virtually precluded due to massacres during the Japanese occupation. The massacres of Karen that are most heard about are Myaungmya in 1942, and retribution for harbouring Major Seagrim in the Karen Hills in early 1944. The name of Kyonpyaw is not so well known, if at all.

Finding out if Maung Pyu finished his course and went on operations is something that might never be found out. Similarly, whether Tin Maung made it into the field for guerrilla operations in the Karen Hills may never be known. Nonetheless, these training reports provide an insight into what training indigenous peoples from Burma received, what the instructors were looking for, what they found out, and the people that SOE were still willing to use despite points of view that we would assume they would have been wary of. More importantly, sources like this push our understanding by forcing us to see different perspectives which might not always fit the accepted line in much of the historiography.

This article was originally published in SOE in Burma

Reading time: 5 minutes
After the January 6 insurrection, many observers, including former US presidents, current legislators, pundits, journalists, and editorial writers invoked the mob violence and bloody mayhem as the usual political culture of so-called “banana republics.” Although it is an easy comparison to make, Latin Americanists found this galling, because the term refers to a specific economic and political trope created by and in service to US interests. Using the phrase banana republic to describe any attempted coup or insurrection draws on a century of stereotypes about Latin America created by the US to serve US interests. As a description of the events of January 6, the comparison lacked both subtlety and accuracy.

THE IMPACTS OF CORPORATE GLOBALIZATION: HOW THE DUTCH EAST INDIA COMPANY CHANGED THE WORLD The ‘Age of Discovery’, a period of European overseas exploration from the 15th to 17th century and considered […]

The text of this article is republished from SOE in Burma by Dr. Richard Duckett and is licensed under a Creative Commons Attribution-NonCommercial-ShareAlike 4.0 International License. 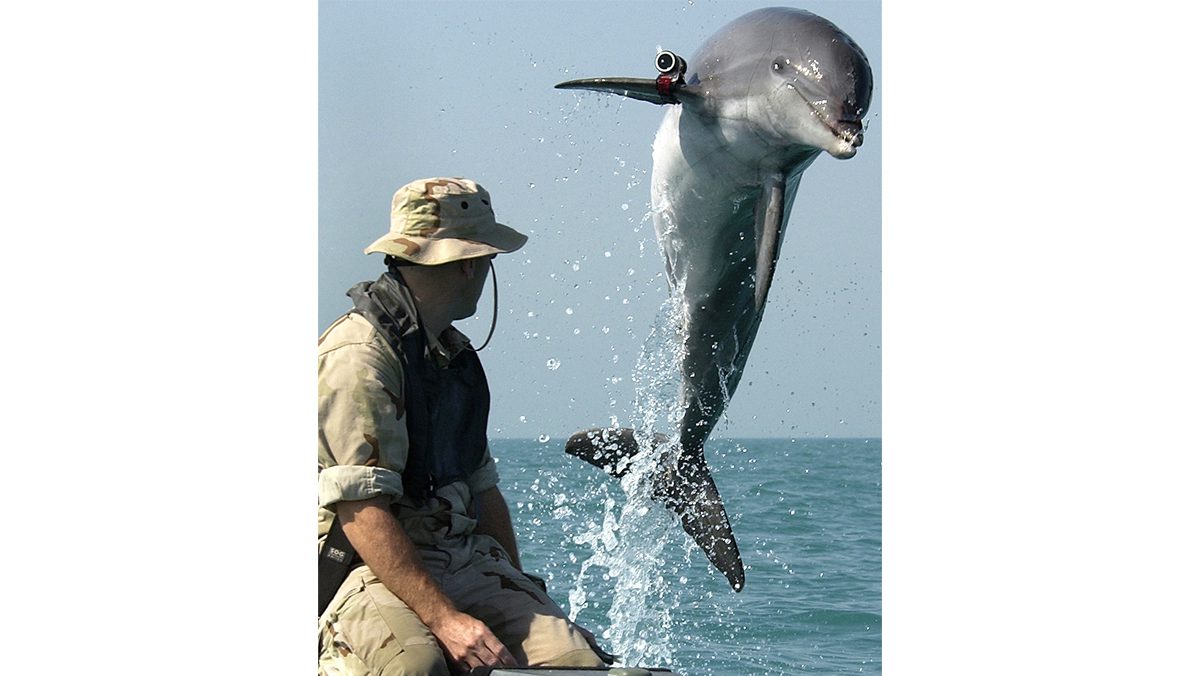