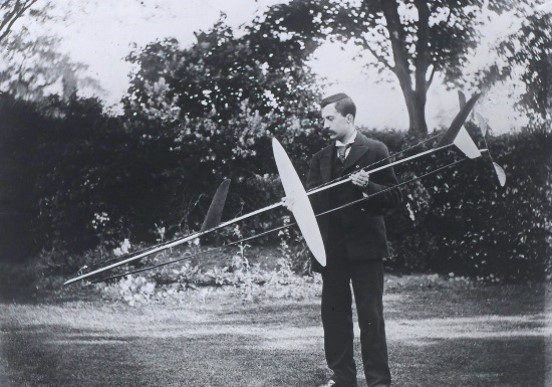 In 1916, English mathematician (and poet, singer, pioneer aerodynamicist and designer of combustion engines) Frederick Lanchester turned his mind to the subject of aerial warfare. In particular, he realised that the nature of war in the air—a novelty at the time—was fundamentally different to that of the slaughter underway on the ground below.

When two massed armies clash on the ground along a wide front, to a good approximation the losses on each side depend on how large both armies are. Crudely put, the size of an army dictates how much fire it can throw the other way, but also how many targets it presents to the other guys. In (almost) mathematical terms, the losses to such ‘unaimed fire’ go like this:

where the constant depends on the effectiveness of Army B’s weapons against Army A. There’s a similar expression for B’s losses. (For calculus loving readers, there’s an appendix below. Normal people should just read on.)

Lanchester’s great insight was to realise that while an artillery shell lobbed towards another army always has the chance of hitting something or someone, air warfare wasn’t like that—aeroplanes could only be shooting at one target at a time. That meant that your chance of being shot down depended only on the number of other guys there were to shoot at you. In the case of such ‘aimed fire’ the loss equation looks like this:

It turns out that the difference between equations (1) and (2) is significant. If two massed armies are armed with equally effective weapons, they’ll grind each other down in equal measure, and the only way to win is to have a force bigger than the other. Even then, both sides will suffer the same losses in the process. If Army A is twice the size of Army B, it will lose half its strength by the time it has overrun B. (At least in principle—in practice battles often stop before sides suffer casualties of those magnitudes.) These observations go a long way towards explaining the appalling battlefield losses of WWI.

For example, if A-force can bring twice the number of equally effective aircraft to a fight, then it can completely defeat B-force while only losing a few of its own number (13%). Being able to concentrate forces provides a huge advantage in aimed fire situations. Perhaps more striking is what happens when B-Force has aircraft twice as effective at shooting down A-force planes than the other way around. Even in that case, bringing twice the number to the fight allows A-Force to win, and to lose ‘only’ 30% of its number in destroying B-force. The table below gives some numerical examples.

These are simple mathematical models, and real warfare is more complicated than the assumptions that underpin them; tactics, posture (defensive or offensive) mobility, and other factors matter. And the models work best when the sides are roughly equal in terms of weapon effectiveness.

But they’re not without application either. For example, when the RAND Corporation modelled an air war over the Taiwan Strait a few years ago, they produced a set of numbers that allow us to test Lanchester’s models. From the RAND data, the American forces had a clear aircraft-on-aircraft superiority over Chinese forces, ranging from a whopping 27:1 for the F-22 Raptor to better than two and a half to one for the F/A-18 Super Hornets. When the number of sorties by each is taken into account, the US and Taiwanese aircraft collectively had an average effectiveness of almost five times the Chinese ones.

So the US wins, right? Well, no—despite the numbers above, the RAND shows that China wins in a great many of the simulations. The reason, as Lanchester would have known, lies in the number of sorties generated. RAND puts it this way:

The effects of China’s missile barrage are dramatically apparent: on the first day, the PLAAF generates about 3.7 times as many sorties as do the United States and Taiwan combined.  … China’s ability to suppress or close… bases could give the PLA Air Force an almost overwhelming numerical advantage that—coupled with the rough qualitative parity that now exists between the two sides—could allow China to attain air superiority over Taiwan and the strait.

The US response to this calculation could be to renew production of the F-22, which I imagine would make the F-22 cheer squad very happy. But it would be wrong—buying more expensive ‘silver bullet’ platforms actually misses the point of this sort of analysis. The rational Chinese response depends on the relative cost of improving the quality of its aircraft to reduce the 27:1 advantage and further increasing numbers. They don’t have to achieve parity—if they get close enough, numbers will do the rest, as they do in RAND’s analysis. Success in any future air campaign will be about numbers, persistence and technical quality—probably in that order.

For the un-aimed fire case the coupled differential equations are (graphic, click to enlarge):The quadratic form of those solutions (‘Lanchester square law’) is responsible for the dramatic difference in the effect of numbers. You can find more examples, including some explicit solutions of Lanchester’s equations, here. A more detailed discussion of the circumstances in which Lanchester’s models apply to real battles can be found here (PDF, calculus heavy).

THE AUSTRALIAN FLYING CORPS, 1917–18 By 1917, the men of the Australian Flying Corps’ No. 1 Squadron had been fighting in the Middle East for almost two years. Now Australia’s airmen were ready to join the allies’ broader campaign in the Great War. By Alan Stephens Because Europe was the main theatre, the next three AFC […]

AUSTRALIA’S GREAT WAR IN THE AIR In January 1911, the Australian government announced its intention to form a flying corps to support the Army. Over the next few years men were recruited, an airbase established at Point Cook near Melbourne, and canvas hangars and rudimentary training aircraft acquired. On 1 March 1914, Lieutenant Eric Harrison, […] 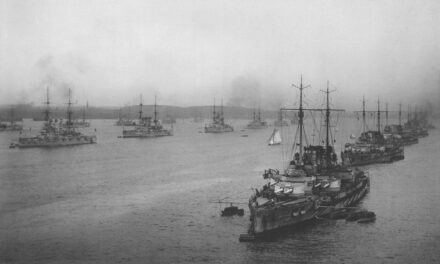