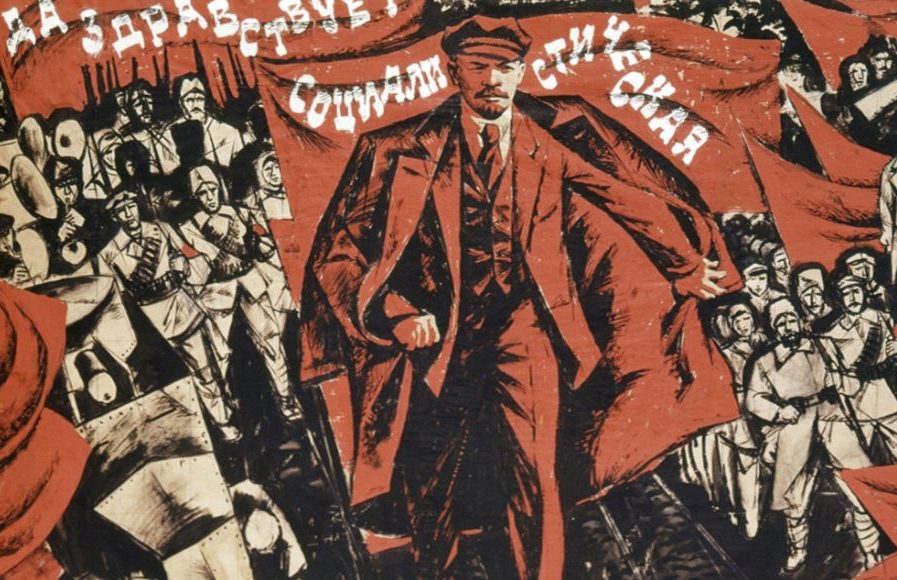 For most people, the term “Russian Revolution” conjures up a popular set of images: demonstrations in Petrograd’s cold February of 1917, greatcoated men in the Petrograd Soviet, Vladimir Lenin addressing the crowds in front of the Finland station, demonstrators dispersed during the July days and the storming of the Winter Palace in October.

What happened in the Russian Revolution?

These were all important events that forced the Tsar to abdicate, brought the Bolsheviks to power, took Russia out of the first world war, prompted British, American, and Japanese interventions, and careened the Romanov empire towards years of bloody civil war.

Among revolutionary socialists, they still inspire daydreams of future revolutions. Historians on the political right, by contrast, promote them as warnings of what happens if you try to change the world. In Russia, meanwhile, they pose complex challenges for constructing a past that can inspire the present.

By Mark Edele, University of Melbourne

The standard story summarised by these pictures goes something like this:

The Russian empire, already under severe political and social strain in 1914, broke apart under the pressures of modern warfare. In 1916, a massive uprising against conscription to work shook central Asia.

In 1917, it was the turn of the Russian heartland. Industrial strikes, protests over food shortages, and women’s demonstrations combined to create a revolutionary crisis in Petrograd, the capital of the empire.

Eventually, this crisis convinced both the political and the military elites to pressure the Tsar to abdicate. These events are known as the February revolution.

They turned out to be only the first step. Throughout 1917, the revolution radicalised until in October, the most radical wing of the Russian Social Democrats – Lenin’s Bolsheviks – took power in the name of the revolutionary working class. The October revolution, in turn, triggered the Russian Civil War which was eventually won by the Bolsheviks.

But this focus on events in Petrograd in 1917 is misleading. If we want to understand the significance of the Russian revolution for today’s world, we need to understand both its position in a wider historical process and its very complexity.

What happened in 1917 was not just a beginning. It was also a moment in the larger trajectory of the Romanov empire (the pre-Soviet Russian Empire) embroiled in a world war it was poorly prepared to fight.

1917 is part of the story of how an empire, built between the 15th and the 18th century on the basis of peasants tied to the land of their master (serfdom) and the indisputable power of the Tsar (autocracy) tried to come to grips with a changing world in the 19th and early 20th centuries filled with overseas empires, industrialisation, and the emerging mass society.

It is but a snapshot in the history of imperialism, economic and social change, and decolonisation. These are all ongoing processes that still trouble the region today.

Together with a determined push in the 1890s to industrialise the country, these reforms brought a new, more modern, more urban, and more educated society into being.

This more complex society then faced its first test in 1904-05. A disastrous war against Japan destabilised the empire enough to trigger a first revolution in 1905. It forced the Tsar to make concessions towards modern politics through the creation of a pseudo-parliament, legal parties, and decreased control of the media.

Then came the first world war. The military campaign went poorly, disgruntling the elites with an obviously incompetent regime, dislocating populations on a massive scale, intensifying national feelings in this multi-ethic empire, triggering an economic crisis of immense proportions, and further polarising social divisions between the haves and have-nots.

The result was a cluster of wars, revolutions, and civil wars that dragged on to the early 1920s. The Union of Soviet Socialist republics that emerged from this catastrophe united most of the lands the Romanovs had ruled. Finland, Latvia, Estonia, Lithuania, and Poland went their own way, meanwhile, at least until the second world war.

The “Russian revolution”, then, was not just Russian and not just a revolution. It was also a moment when modern nations were born.

Notwithstanding earlier histories, today’s Ukraine, Belarus, Lithuania, Latvia, and Estonia began their lives in the crucible of war and revolution. Independent Finland and Poland, too, saw the light of day in 1917.

As one historian has pointed out in a compressed overview over events in Ukraine, “the Ukrainian revolution is not the Russian revolution.” Neither were the more democratic revolutions in Omsk, Samara, and Ufa, the same as the Bolshevik revolution in Petrograd, to say nothing of those beyond the peaks of the Caucasus, or the grassroots rural revolutions all over the empire. These other revolutions, often forgotten but as much part of the process as the iconic events in Petrograd, amounted to the catastrophic breakdown of the empire in 1918.

But the revolutionary period saw more than just the replacement of one empire by another. It also changed matters decisively. For one, the Soviet empire was not capitalist, notwithstanding the limited market mechanisms allowed under the New Economic Policy (NEP), introduced in 1921 to deal with the catastrophic economic crisis engendered by war, revolution, and civil war.

The new empire was also much more national in form than its Romanov predecessor had been. The aspirations of the non-Russian peoples had to be accommodated in some way and hence a pseudo-federal state was erected, where “Union republics” (such as Ukraine, Belarus, or Russia) were joined together in a Union of Soviet Socialist Republics (or USSR). In 1991, it would break apart along the borders of these Union republics, lines drawn, by and large, as a result of the reconquest of the Romanov lands by the revolutionary Red Army.

These lines became more significant over time, because of a second far reaching aspect of the national transformation of the multi-ethnic Romanov empire in the crucible of the “Russian” revolution. In order to deal with the threat of nationalism, the Soviet Union became an “affirmative action empire”, which gave non-Russian minorities space and resources to develop their languages and cultures. This affirmation of the national principle was meant to disarm nationalism and help the development of socialism. Instead, it inadvertently “promoted ethnic particularism”.

As a result, many of the nationalisms we encounter in the region today are to a considerable degree a result of this paradoxical Soviet nation making.

For a fine example of overconfidence during the height of British Imperialism, look no further than the Anglo-Zulu War. Fought in the late 19th century after the invasion of Zululand, […]

This year marks the 200th anniversary of the battle of Carabobo, a major battle in Venezuela’s history. Fought during the Spanish-American wars of independence, the second battle at Carabobo in […]

On February 3, 2018, Russian Air Force Maj. Roman Filipov’s jet was shot down while attacking rebel positions in Syria. Filipov bailed out and, after a shootout with “terrorists,” blew himself up […]